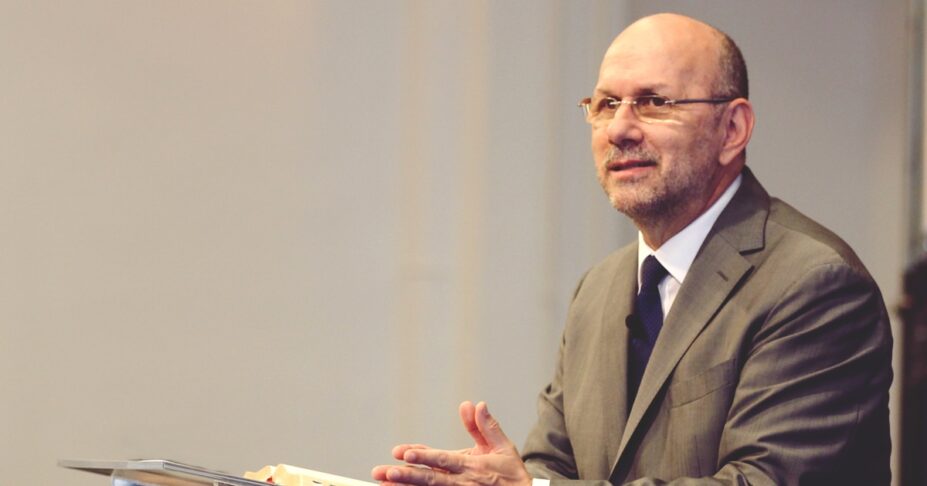 The source of one’s wisdom is not in their mind but in their heart. Wisdom is placed in our hearts by the anointed Scripture.

Relating to Németh Sándor’s previous message in Budapest, it can be said that Numbers 20 holds important truths. Miriam was a worship leader and a prophetess. Her death meant a negative turn in Israel’s life because the prophetic spirit and worship was neglected, and this caused rebellion in the people in the time of trial.

Prophetic speech can keep us and worship keeps our hearts keen towards God.

When the children of Israel were without water in the Desert of Zin, their problem was real. One cannot live without water, so they really were in a desperate situation. But it mattered how they reacted. In this situation the spirit of worship wasn’t present, so instead of praying, people looked for a scapegoat. If only people had gone into God’s presence and asked him for the solution, He would’ve helped. Rather than this, self-deceit was paired with blaming others, since they saw the time of slavery beautiful and looking back, they had nostalgia, they had forgotten the oppression they had lived under due to the pharaohs order.

The problem wasn’t the realisation of the need, rather the reaction that was given to it, especially since they had seen God’s miracles. They had seen the ten plagues, and that they had crossed the Red Sea with dry feet, they were rescued from the pharaohs army, which was a huge experience, but they had forgotten these. There are a lot of things in our lives which we can’t solve by human power.

Moses and Aaron reacted really well to this situation, they bowed down before the Lord and asked for His help.

Not long before there had been a similar situation when there had been no water, but as a solution water had been brought forth from the rock. God had said to Moses to hit the rock with his staff and that yielded the solution. However, in the Desert of Zin this was not to be repeated. They only should’ve spoken to the rock, going there with Aarons staff. Moses didn’t listen to God and, as a result, he wasn’t allowed to go into the Promised Land.

Hitting the rock is the prototype of God’s anger afflicting his own Son because of our sins and not us. After this, it’s enough to tell the rock to give water.

The sacrifice of Jesus Christs on the cross is a one-time event and a perfect sacrifice, it doesn’t need to be repeated. Now we can ask the supervision of the Holy Spirit through His high priest ministry. A Christian doesn’t become perfect after being baptized, but the Lord is continuously shaping him. One of the tools of changing somebodies’ personality is trial, so we don’t have to run from trials, but we should stand up to the test. It’s God’s will for us to be tried in faith and to be trustworthy. That’s why we should count all trials as joy.

Let’s not be unstable people, who are like ,,a wave of the sea driven and tossed by the wind”! Our position depends on our attitude after the trial. Instead of grumbling, we should seek God, and ask for wisdom in order to find the solution. For this, we must turn to God with humility. We should act like this in our personal lives and also in the work we do for our community. Jesus Christ promised that whoever keeps His command to persevere, He will keep them in times of trial.

The text was translated by Zsuzsanna Lukács on the basis of the notes of Hrabovszki György.