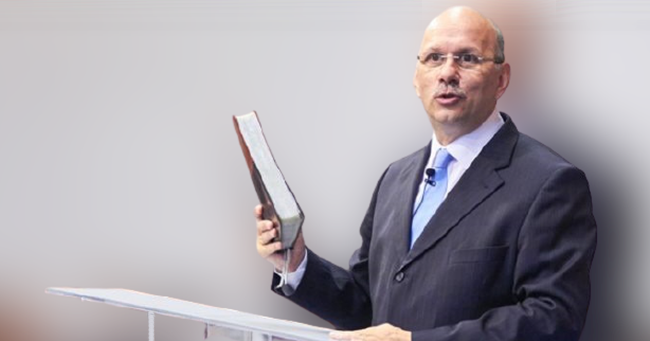 Faith is very important in the Christian life, because the righteous man lives by faith. A wise person takes the expenses into account before starting a construction, just as an army general assesses the strength of the enemy before going into war. Living by faith does not mean that we ignore the facts, but we think realistically. The essence of faith is that it is the basis of confidence in what we hope for and assurance about what we do not see. Our faith focuses on the future, on events that have not happened yet, thus are not perceivable materially.

There are things in life that we can question, but there is something that we cannot, and that is Word of God. Raising doubt about God’s Word is the practice of the Devil. The temptation continuously comes to people. Satan does not start temptation by complete denial, but initially he tries to generate doubt in the believer regarding the promises of God. It is not recommended to be friends with someone who does the same!

When a believer hears biblical truth, and somebody wants to steal this from him, then we know who sent this person, no matter what he says about himself. It is especially important to know the person, who wants to tell us something. If that person does not reveal his identity, then you do not have to deal with what he has to say.

Abel, the second son of Adam and Eve, was the first being mentioned by the Word of God among the Heroes of Faith. He was born after the fall and after his parents had been expelled from the Garden of Eden. He was interested in how they ended up being in a worse situation than the original. Probably, His parents precisely informed both of their children about the facts.

Abel understood that he could have only remained in grace if he had brought blood sacrifice to God. He was searching for the truth and after realising the connection between the operation of sacrifice and grace, he made the right decision.

It is not a good testimony if someone considers oneself a believer, while his or her life still has not been changed, therefore, people will not be converted by him. People notice changes and ask about the reason behind them. Cain could have also looked for the Truth, he could also have brought a sacrifice pleasing the Creator, but he missed this opportunity. The consequence was that he envied God’s acceptance towards Abel, so he hated him and then murdered him. Abel did not suffer a great loss, because he lived for a shorter period of time in this cursed world, and now he is most likely in Heaven, while Cain is presumably in Hell.

The essence of faith: To unconditionally believe in God’s word. We have to believe in the power of the sacrifice, therefore, we daily have to come to the Father with faith in the blood of Jesus, without anger, hate and dissatisfaction.

Faith is able to create an attitude, owing to which the believer and his or her family become happier. A believer is in good condition if he can rejoice in the success of his brothers even better than in his own. Cain’s attitude towards his brother was not like that, and the envy led him to murder.

In case someone has a problematic area in his or her life, one should be careful not to slander and blame it on other people, but instead, try to identify how he can be changed. Cain reacted otherwise and despite the fact that God still spoke to him, he did not repent, neither did he alter his attitude.

The prince of this world wants to advise people as well, but we should not follow his ideas, but follow God’s advice. Let’s lay the foundations of our lives whole-heartedly on God’s promises!

Seek the Lord, live spiritual life, and read the Bible regularly, thus we receive impulses based on God’s Word. It is worth to start our days with the Bible, which lifts us up, rather than with reading the news, which puts us down.